It is a great privilege that one of the world’s best known golf biodynamic gurus, Dr. Robert Neal, has come to Spain. So MyGolfWay went to meet him for an exclusive interview during his visit to the Elite Intl. Barcelona Golf Academy (EIBGA) at the Club de Golf Barcelona.

The creator of the sophisticated 3D Golf BioDynamics comes often to Europe on a tour. He travelled from his headquarters in Orlando, and this time after visiting Switzerland and Italy, made a stopover in Barcelona before returning to the US. Dr. Robert Neal has spent four days of intense work together with Carlos Vivas, head golf coach of the new EIBGA and certified in 3D Golf BioDynamics. This is one of the most innovative and advanced instructional methods to achieve excellence in golf swing through 3D technology, which many of the best golfers on Tour have turned to. 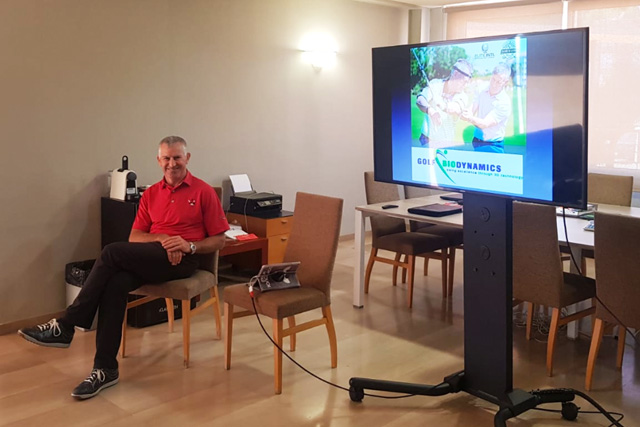 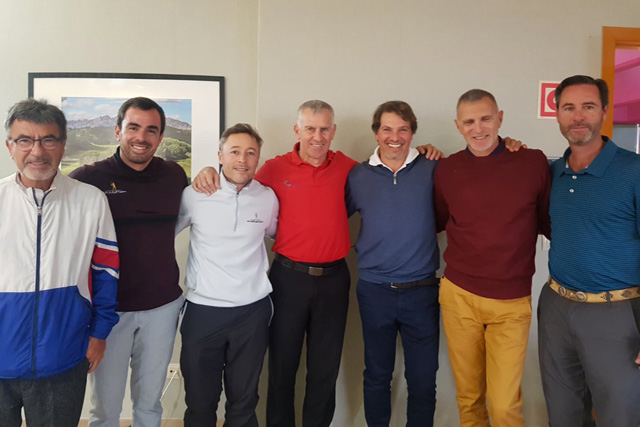 Robert’s mission was not only to update the software with the new pitching application, thus completing the popular versions of swing analysis for the long and medium golf game, and of putting; but also to meet and educate the instructor staff of the EIBGA, of which he is coach advisor; to analyse and improve the pitching with the 3D Golf BioDynamics of outstanding junior pupils of the Academy like Maxim Danilin, Alisa Khokhlova, Jordan Schmid, Joan Panisello, Vladimir Taldikyn or Marc Pantaleoni, among others; and do a demonstration in front of several members of the Club de Golf Barcelona. 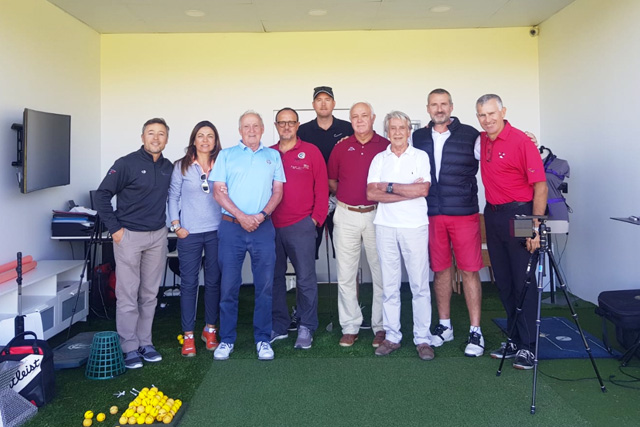 Luckily, Dr. Robert Neal found time in his busy agenda to answer some questions, and update us on his 3D Golf BioDynamics:

MYGOLFWAY: In the last couple of years, what have you improved in the 3D Golf BioDynamics?

Dr. ROBERT NEAL: The most important things that I’ve added to the system that Carlos has are two new models, with two different areas of the software: one to look at pitching technique, and the other to exam in detail the movements of the left arm during the swing. So that you can understand the movements at the wrist joint, the elbow and the shoulder. That was not possible in the previous version of the software. 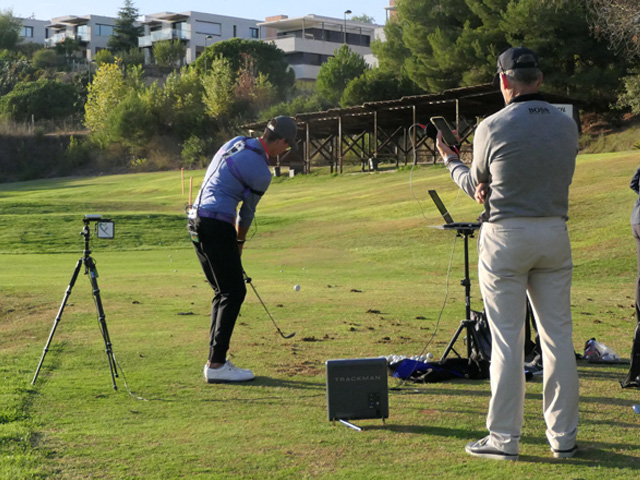 And the pitching has come out of the research work that I’ve been doing with the technique with Tour players for shots that are generally under 100 yards. So, we examed the best players in the world, how they hit shots from 10, 20, 30, 50 and 75 yards. And we looked at how they hit sometimes with the leading edge rotated to the right of the club, what people traditionally call ‘open clubface’, and then we looked at other shots out of the bunker, and also out of the rough. 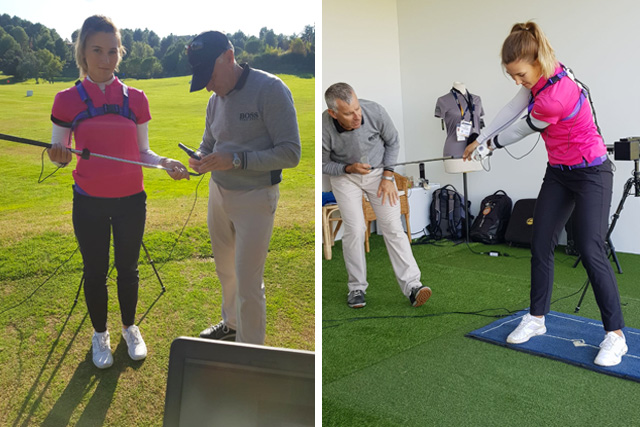 So we have a very good understanding now of proper technique for short game, and some of the variations you can use to hit those types of shots. Because its not just as straight forward as the long game where you try to do the same thing every time. With short game you’ve got such a variety of shots around the green complexes that you have to be able to change some of the key club delivery parameters such the angle of attack, shaft lean, or club hit speed. But you don’t do that in the long game where really you’re just trying to hit the same each time. 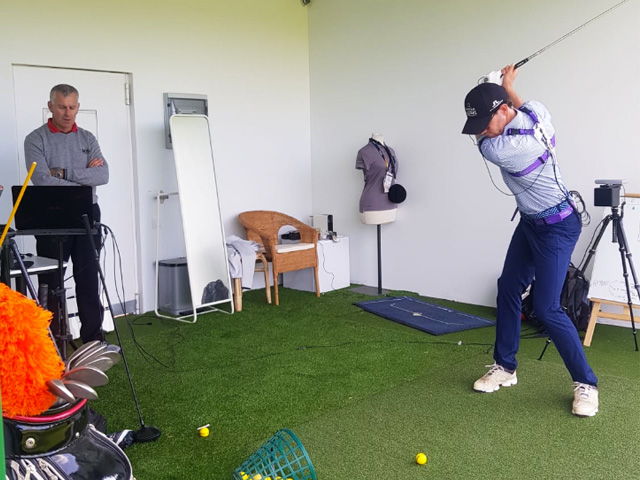 MGW: Now the software can work for every part of the game. What’s next then?

Dr. ROBERT NEAL: We’ve covered all of the skill bases. I think the next step will be probably to continue the development of technologies and also to better track changes over time. So if I examine a player today, and then again in three months time and six months time, I’ll be able to track how the player’s technique is changing as a function of time, and maybe look at other things we have worked on. The software is a little weak in that area right now, as you have to do it manually, but I would like to build a mechanism for tracking the change over time. 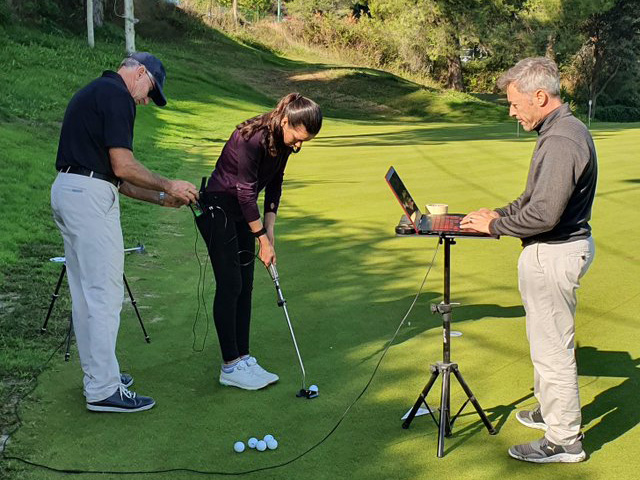 MGW: How many times do you recommend for an amateur player need to go through the 3D Golf BioDynamics? One a year, twice?

Dr. ROBERT NEAL: It depends on what the goals are. So for the kids in the junior academy here at the Club Golf Barcelona, for example, I would recommend they be tested probably once a month. It doesn’t have to take very long. The Tour player who is already established may only be seen once a year for a very detailed analysis as they do the golf setting each year, and they decide what the priorities are… I think that for the typical amateur players or the club golfer may be twice a year would be good for them. It might not necessarily be on a focus of a technique lesson. An analysis might be more about giving them feedback. For example, something like ‘you’ve started swaying your hips again … lets do a quick feedback session to give you the feel of what it’s like to turn properly’.

Obviously if you have access to the technology you can use it more often, like here, and it helps you keep on top of any of the techniques that are especially important. 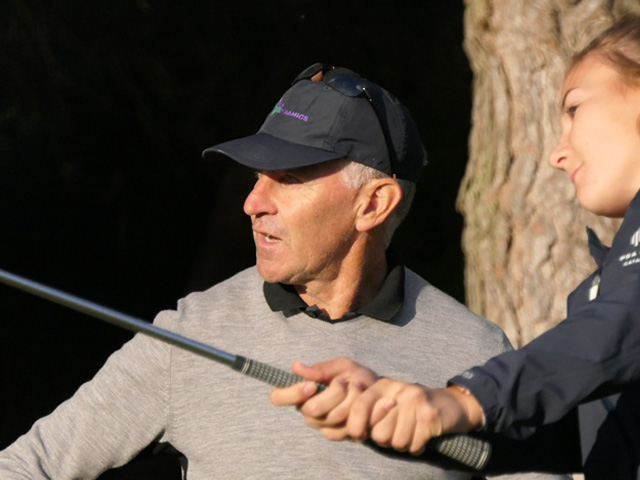 MGW: What Tour players have used the 3D Golf BioDynamics?

Dr. ROBERT NEAL: I’ve been with Justin Rose, Charles Howell III, Graeme McDowell, Rory McIlroy, Henrik Stenson… in the last few years… Yes, they like to exam what are they doing, and it’s kind of fun to work with them, but typically there are not many ways you can make many changes, because you really can’t ask Rory to change his swing, ha, ha, ha! You can find little things about short game aspects and they can get a lot of value from that. Prevention of injuries is another important aspect, rather than trying necessarily to improve or change their technique. It is more about how to make them more efficient in what they do and particularly prevent injuries, in concrete for the long game, as the short game is different story. 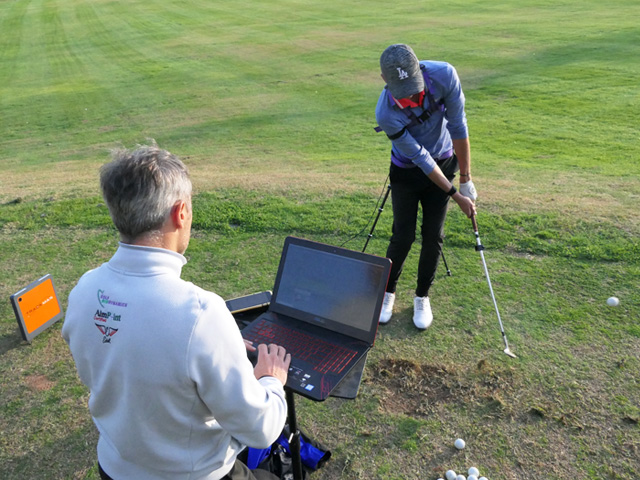 MGW: What do you think about the new Elite Intl. Barcelona Golf Academy at Golf Club Barcelona?

Dr. ROBERT NEAL: I think that coming to Club de Golf Barcelona has been a great step for Carlos Vivas, to break away from before and get a new start, with a new perspective on things, to find an environment that is supportive of what he is doing. He is so enthusiastic and is driven by the whole junior team academy. He is going to be very successful for sure.

The investment in the teaching studio, ‘The Box’ as he calls it, has been awesome and I am sure the players are going to benefit a lot from it. The discipline with which I’ve seen him work in terms of structuring the programmes since he started doing this has been incredible. It is all very well organized and takes a lot of time, work that people don’t see. With his spreadsheet organization, when kids come here and they know exactly what activities they are going a do, and how many shots they are going to hit, what the practice routines are… 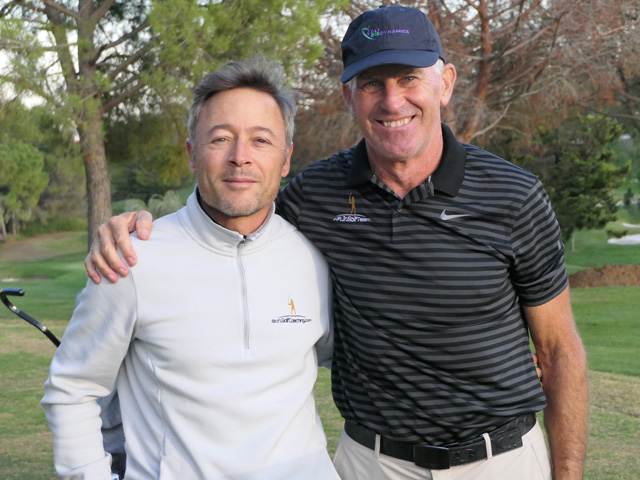 They are now young golfers with good potential to become great players. The kids I’ve seen these days have improved a lot since I saw them two or three years ago, and this is because Carlos has become technically a better coach and he is also much more rounded in his understanding of how to motivate kids to do things, and get them working in the right direction.

*Thanks to MyGolfWay.com for the interview and the pictures.

Our mission is to educate people to be academically competitive, and train athletes to play golf with the skills necessary to succeed at the highest level. We make this possible thanks to the Junior Program of our EIBGA in the magnificent facilities at the Club de Golf Barcelona and ZEM Guinardera, and to our exclusive agreement with top class schools offering internationally validated education.

We use cookies to ensure that we give you the best experience on our website. If you continue to use this site we will assume that you are happy with it.AcceptRead more